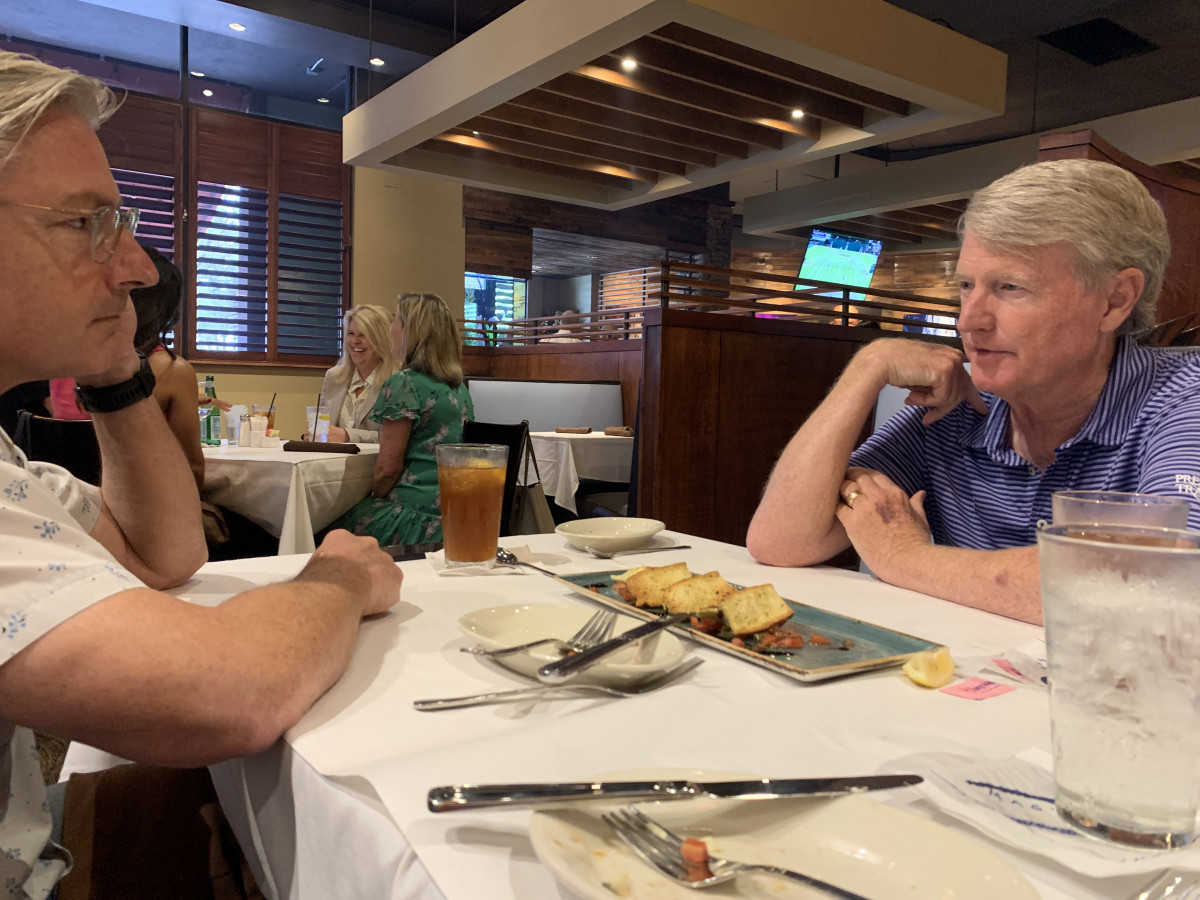 Nestled in the far northeast corner of the Dallas North Tollway, the classic steakhouse, Maguire’s seemed like a fitting location to lunch with one of Bonick’s collaborative partners, John Hawkins, President of Hawkins-Welwood Homes.  Donning an earnest smile, Dallas native and UT graduate, John greets us with confidence, warmth, and a solid handshake. He talks in adoration of family and enjoying the Independence Day holiday weekend life on his ranch as he sips his iced tea.

Although he might appear on the surface as a quintessential Dallasite, John proves to be anything but typical. You see, despite the acclaim of the renowned home builder, to him, success isn’t measured by monetary gain, but through serving others. John’s greatest joy comes through building relationships. From his family and the great people of this city down to his contractors, staff, and clients, John Hawkins’s dedication to putting others first is evident.

“Building a great home is the art of pulling together elements of design & materials to create a very special place for our homeowners. Our homeowners want a place to celebrate relationships—a place that they call home.” – John Hawkins 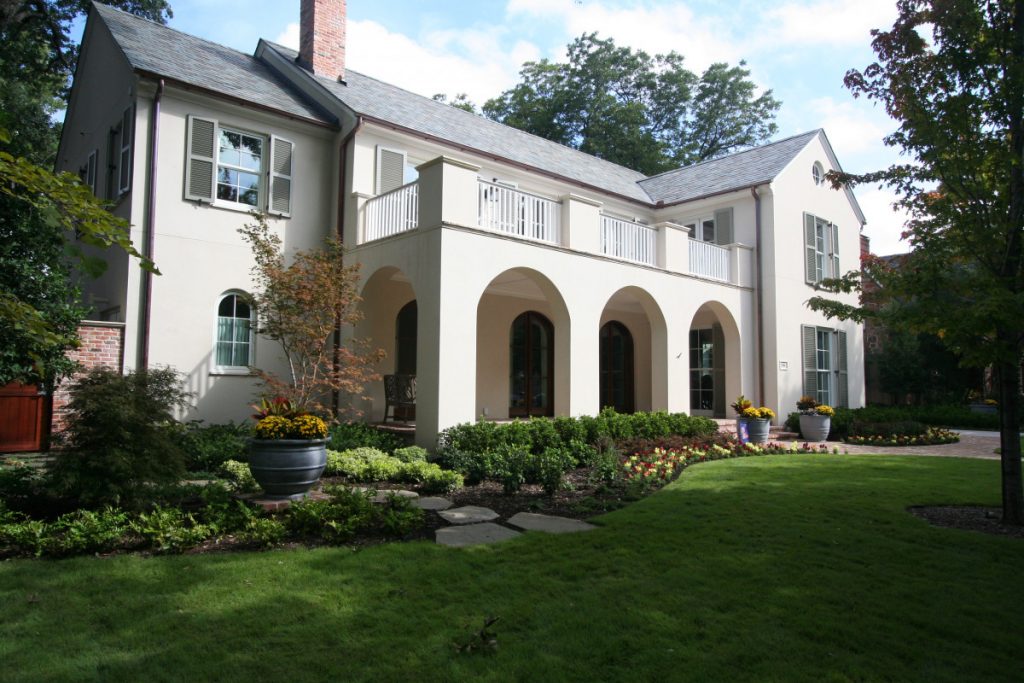 Prior to joining Curt Welwood as a sales manager in 1989, John worked in the commercial real estate business for 10 years during the savings and loan crisis of the 80s. Once he moved into home building, he put his relationship-building skills to work. At the heart of the brand he set out to build was fulfilling the savvy satisfaction of a sophisticated audience. After Curt Welwood lost his daughter suddenly in a tragic 1994 auto accident, John assumed leadership to keep the company viable for his friend, and eventually became partners with Curt in 1997. Because of his familiarity with his upscale clients, he recognized their desire for Gucci bags, Italian leather shoes, and European automobiles, and embodied that same notion of notable quality into his company’s homes. From upgrading the materials used to enlisting the expertise of architect, Robby Fusch to teach his team how to build the most sturdy, stunning, impeccably built home, the company shifted from building spec homes in Richardson and Plano to luxury homes in the Park Cities and Preston Hollow.

FUN FACT: Curt Welwood’s father, Steve was the founding owner of John’s company in 1961. Glenn Bonick used to mow Steve’s lawn and eventually the lawns in some of Steve’s subdivisions when he first began in the landscape industry.

Through the past two decades, the classic stylings of Hawkins-Welwood homes have evolved into more contemporary living spaces. Many of their projects now cater to the high-end empty nest homebuyer, meeting the needs for low-maintenance with zero lot lines, and the ease of mobility in a one-story home. They’ve also begun to dabble in luxury high-rise living developments and they’re expanding their locations to Southlake and Long Cove on Cedar Creek Lake. Whatever the style or location, their focus is on quality, and most of all—service.

By being choosy about their collaborative partners and their clients to ensure a mutual fit, they may limit how much they’re willing to grow, but to them, it’s about building their brand—not making money. The Hawkins-Welwood brand puts everyone else first. If an issue arises, they swallow their pride and make it right. It’s about looking at the recurring investment, which is the continued client satisfaction.

“I’d rather have your friendship than your business—the more I give, the better our relationship will be,” John adds.

This year’s freeze and pandemic-related shortages have affected John’s company just like everyone in the construction industry. However, they are “fiercely committed to offering the same level of service.” By limiting the number of projects they take on, they are able to fulfill the needs of their clients. By selecting collaborative partners who uphold similar values, everyone accepts mutual responsibility, and joint success evolves naturally. (John notes that when working with Bonick, he also doesn’t have to spend his time trying to solve a problem.) 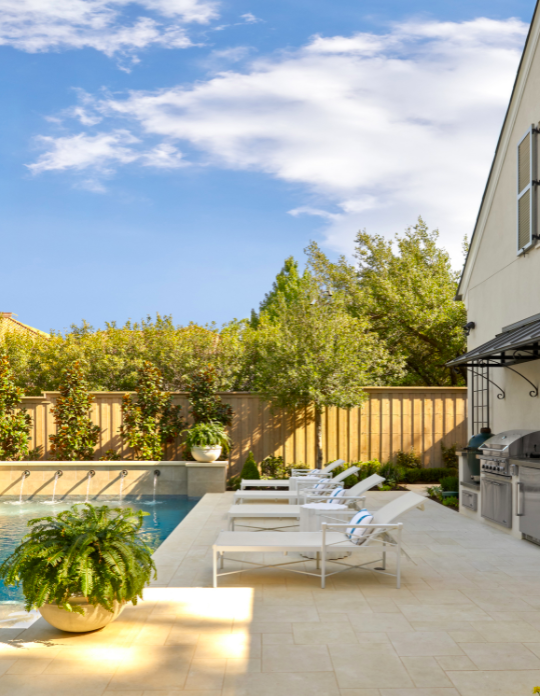 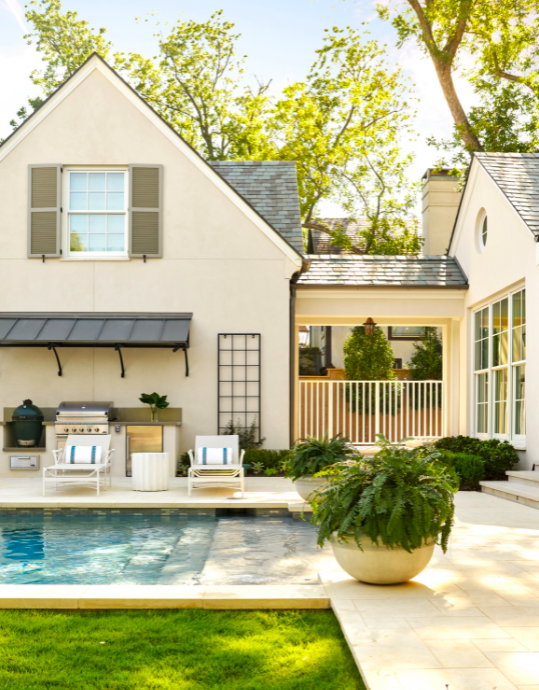 The core values of Hawkins-Welwood begin with his team. Their office houses a simple saying on a board “We don’t have to win.” It’s a visual reminder that people can disagree and still get along—something that speaks volumes in today’s society, where taboo, hot button topics can sadly be the detriment of a relationship. John feels that there is an art to getting along. It’s about listening to one another, valuing each other, and being a servant rather than the one being served.

With the assistance of his team’s psychologist, John has utilized tools to measure emotional intelligence and determine each staff member’s strengths. They study books together like 7 Habits of Highly Effective People and Customers for Life. By investing in them, he creates a more unified team where each one shines within their skillset and feels valued. A clever byproduct of his investment will allow for a smooth transition once it’s time for someone to take the reigns of the company.

While business is a top priority, John’s most endearing relationships lie within the backbone of his family and the Dallas community. His kind, steel blue eyes catch a glimmer as he speaks proudly of his retired attorney bride of 42 years and their joint passion project. They felt called to deliver the love of Jesus through preaching the gospel and loving the poor, so they stepped out of their comfort zone and helped to plant a church in Oak Cliff. Here, in the heart of our diverse inner city, a very old, expansive Baptist church building has become a beacon to the broken, attracting the majority of people who have typically not been churchgoers.

John and his wife also boast a bounty of grandchildren. Their son in New York has 3 little boys, their daughter in Houston has 4 children, and their daughter in Dallas, who will be married by the time this blog article goes live, is inheriting 2 stepchildren. John jokes about his wedding tasks, “My biggest job is ordering black socks for a bunch of little boys!”

True to form, John inquires earnestly about each of our backgrounds and personal relationships. He’s intrigued by how our personality traits play off one another within our marketing team and inspires Glenn and me to scramble to note his book recommendations and Google for Enneagram tests. Meeting John leaves us wishing that more people could see the business world as he does— as an opportunity to invest in others rather than a transaction. But, that’s precisely what sets John and Hawkins-Welwood apart from the many mundane companies out there.